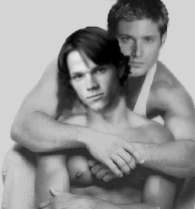 No, I don’t, but I should have. I started out writing M/F, then unexpectedly veered into M/M. My most recent book is a M/M/F ménage. They all have my real name on them. I’ve since been told each subgenre has its own audience and there’s little if any overlap. I’m writing what I want to write, but it’s splintering my audience. My M/Fs will continue to come out under my real name, but any new M/Ms will have a pen name on them. I’m not sure about future ménages. Too many pronouns anyway.

2. What is your favorite novel that you’ve written? Read?

Written—I know I should be pushing my latest release, but my favorite of my own books so far is A London Werewolf in America. Everything came together for that one—the mystery plot, the humor, the banter, even the love scenes, which I tend to have trouble with. It was also my first published full-length novel, so there’s the sentimental factor. My favorite novels by someone else tend to change from week to week, but the top spot belongs to Stephen King. Either It or The Stand, depending on my mood.

3. Does the environment affect your writing (where you live, the seasons, the weather, etc.)?

Sadly, yes. It’s hard to stay inside when it’s nice out. I just want to get in the car and run around somewhere. I get more writing done during the winter, when it’s too cold to go outside, and during rainy days. Trouble is, that’s also good weather to curl up in bed and read. I’m lucky if I get anything done regardless of the weather.

4. Where is your favorite/most bizarre place to have your characters boink?

I’ve only got six books out, and so far my characters have been fairly conservative. Along with the standard bedroom, I’ve had wall sex, floor sex, and a couple of werewolves who got nekkid out in the woods. One of those bedrooms was in a brothel, if that counts. Right now I’m working on a M/M story involving superheroes, and one of them can fly. I might have the boys get busy on top of a suspension bridge. I’ll bet even Spider-Man hasn’t done that yet.

5. Do you base your heroines/heroes on photos of celebrities? If so, who? Include links if you like.

Oh God, yes. It’s so much easier to write dialogue when you can hear a character’s specific voice. It’s usually just the heroes. I’m never quite sure who/what the heroine looks like, but with the men I know. Owen Wilson starred in Coyote Moon, and Peter Weller was in Best of Breed. For my last two, Belonging and Legacy, I “cast” Jensen Ackles and Jared Padalecki from Supernatural. Dean’s a vampire, Sam’s a prostitute, Castiel’s a slayer. When I get around to writing the third book, it’ll star Misha Collins and Kathleen Turner. I’ve already got Don Johnson and Vin Diesel lined up for future books. For some reason Harrison Ford never made it into any of my books, and I always liked him. I’ll have to remedy that.

A cup of tea, a piece of cheese, and a bowl of cereal with a banana on it. Breakfast of champions.