Dear Muse: please STFU (and sneeze into your elbow) 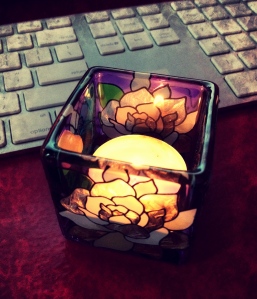 Many times over the years I’ve had people say to me (upon finding out that I am a writer): Oh! I have a great idea for a book! You should write about [insert random idea here].

I generally smile and thank them and let them believe that I will use their suggestion. I’ve learned that telling them I have plenty of my own ideas doesn’t make them stop talking. On the contrary. Most people come up with more ideas—two, three, sometimes even five of them and they love to push them on me with great energy and charitable zeal, as if were in desperate need of inspirational sustenance. I am not.

I am not entirely certain why people think writers have a hard time coming up with ideas. I don’t think you can even become a writer if you don’t have a lot of clamoring, incessant imagery inside your head. Indeed, my skull is stuffed full of useless shit that will never make it into my writing. And by stuffed full I mean ideas are coming out of my ears, nose, eyes, and every other orifice as well as floating into the air from my pores, like an evaporative perfume. I’ve got daffodils and roses and freaking cinnamon scented pine cone ideas dissipating into the ether from my brain. I truly don’t need more.

I have so many ideas because the Muse is a vengeful bitch and I spent about a decade ignoring her. For ten years I went about my daily life without writing down a damn thing. I dreamed, I ate, I worked, I had children, and all the while the Muse bided her time, rubbing her hands together gleefully in anticipation of the day when I finally picked up a pencil and tried to scratch something creative onto the backside of a grocery receipt. As soon as I did this: BAM.

And the Muse? What did she do? She spewed her infectious, rainbow-colored, surreal, insistent, desperate pathogens all over me.

Right now I have eleven novel ideas with notes and characters and some basic plot outlines sitting on scraps of paper. I have others, too, that I refuse to write down, because really, who needs more than eleven novel ideas at any one time? I sure don’t. I had to come up with another pen name just to keep up with all my ideas. I now write under three personas. THREE. Most people who think they are three separate individuals are clinically insane. Me? I’m just a poor writer, trying to sleep through the inspiration. And failing.

You hear that, Muse? I need sleep, I really, really do. Please shut the f**k up.

And sneeze into your elbow next time.