Evernight Publishing, You Taste So Sweet

You Taste So Sweet – teaser!

Want to read a little of my latest menage, You Taste So Sweet, coming out later this month? Scroll down for a teaser… 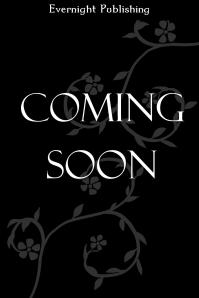 When an exploding meteor infects the world with a zombie virus, Lark knows survival will be tough. As monsters surround their dorm, Lark’s roommate insists her dad and his best friend will save them. Lark is skeptical until Ben and Dillon arrive in the nick of time. Despite their age difference, Lark can’t help falling for her sexy rescuers. When you’re fighting to survive, eighteen years doesn’t mean much.

Tragedy brings Ben and Dillon to Lark’s side. A promise keeps them there. When the men learn how strong Lark truly is, the three of them forge a bond thicker than blood in a few short days. Ben knows he must keep her safe, regardless of the cost. Where Ben goes, Dillon follows.

The three of them must practice a simple mantra to survive: Stick together. Keep your promises. Kill the zombies before they eat you.

Benedict Greene, Ben to his friends, stared at the ridiculously beautiful woman holding the bat over her head. She had light blond hair cut in funky chunks so that it slid over her shoulders as she moved. Her light grey eyes snapped with bravado and he could tell by the way she held the bat that she wasn’t afraid to use it. The fact that she was tiny didn’t seem to faze her at all. Good lord, she barely comes up to my shoulder, he thought, smiling tentatively at her. She wasn’t a zombie, thank God, but she also she wasn’t his daughter. “Are you Lark?” he asked, knowing his daughter’s roommate had holed up with her. In fact, he was pretty certain the only reason Olivia was still alive was because her roommate had an innate instinct for survival. He’d figured that out after numerous phone conversations with Olivia.

Benedict stared at her, trying to think. He was so damn tired, and the woman in front of him was so freaking beautiful.

“Mr. Greene is a little formal for the zombie apocalypse, don’t you think?” his best friend Dillon said from behind him, saving him from being a total idiot, like usual.

The woman’s eyes snapped to his best friend and she lifted her eyebrows. “You must be ‘Uncle Dillon,’” she said, the fingers on her bat twitching as if she wanted to use air quotes to emphasize her statement. She refused to let go of the weapon, though. He liked that. She was plucky.

“Call me Ben,” he said, scraping his wits off the ground.

“I’m Lark. Lark Stone, Olivia’s roommate,” she said, stepping back. She looked around, then studied him and Dillon closely.

She must be checking we aren’t infected, Ben thought approvingly.

The moment they’d stepped through the door, she began shoving at a huge entertainment center, trying to get it back across the entrance. She looked like David fighting Goliath. He couldn’t believe she’d managed to move the thing all by herself.

“Leave it off,” he said. “We’ll be heading out again soon enough. Is Olivia okay?” He’d managed to keep it together all through the hellish ride here, but now he wanted to see his daughter. He might have been way too young to have a kid when she was born, and he might not have been able to see her as often as he’d liked when she was growing up because of her mom, but he loved her, regardless. He needed to know Olivia was okay.

She narrowed her eyes at him, but left off shoving at the furniture. “She’s fine. This way.” She pivoted and led the way down the hall.

Ben glanced at Dillon and caught his friend looking at her ass. He shoved at him, giving him a look.

Dillon shrugged, smiling, then turned to scan the hall behind them. Ben was having a hard enough time dealing with his sudden and completely unwanted attraction to his daughter’s friend himself. The last thing he needed was for Dillon to be just as stupid.