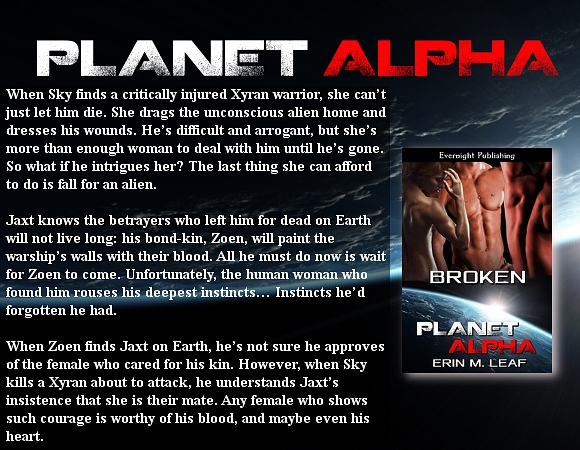 The year is 2050. Earth is quickly becoming uninhabitable. The seven continents are shrinking as flooding devastates the land masses. Crime and disorder are rampant among the dwindling human population.

There are only two safe havens in the galaxy capable of supporting humanoid life. Xyran is a world of power-hungry demons and Planet Alpha is home to a fearless warrior race.

The males on Planet Alpha need mates. Infertility has plagued their race for decades. The answer lies on Earth where tempting females are waiting to be saved. When their enemies attempt to claim the spoils of a dying world, only the strongest will get their prize.