Do you remember that guy you crushed on in high school? The one who was too old for you? The bad boy who lived across the tracks, across town, across the street? My upcoming novel, DARK, is part of a new series about that kind of man: the dark, sexy, strong, forbidden guy who you couldn’t help falling for just a little bit…. 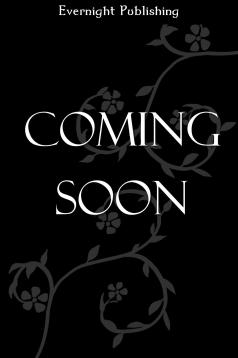 “I’m going away, so you’ll never have to be grouchy about me trespassing again,” Eva called out to the silent woods. Nothing. She sighed, looking around. The breeze mocked her, making her think he was there, but there was nothing but the leaves tricking her with their occasional rustle. “Whatever. I don’t suppose it matters. I’m out of here.” She started walking. It was already getting dark and she needed to finish packing.

She stopped and took a deep breath, staring at the ground. When she looked up, there he was. Dark. Handsome. Totally unapproachable. It suddenly occurred to her that they’d never introduced themselves. She’d spoken with him more than a dozen times now, and she didn’t know his name. He shouldn’t know hers. “How did you know my name?” she asked.

Instead of answering, he strode forward.

She fought not to step back as her breath caught. She struggled to keep her hands still. She shoved down her attraction for him. He’d never given the slightest indication that he felt the same. She shouldn’t be doing this to herself, anyway. He had to be at least twenty years older than her, or more. And she was leaving. It’s just a stupid crush, she told herself.

“I have something for you,” he said, voice low and rumbly.

“I came to say goodbye, but you weren’t here,” she forced out past her frantically beating heart. He’d come close enough for her to feel the warmth radiating off his body. She could smell him, fresh and musky, like a pine forest just after a hard rain.

“I know.” He touched her cheek lightly, then pulled something out of his pocket.

Eva looked down. His ring lay nestled in his palm with a silver chain strung through it.

“Here.” He undid the clasp, then slid the chain around her neck. “Don’t ever take this off.”

Eva licked her lips, twisting her hands together so they wouldn’t tremble and betray her nerves. “What are you doing?”

“This will keep you safe.”

The chain was long enough to slide down her shirt between her breasts. It tickled.

“I don’t understand,” she said thickly. He’d left his fingers against her neck. She couldn’t breathe with him this close. He was like a storm: dark and overwhelming. She wanted him, badly.

“Don’t take it off,” he repeated, then he cupped her cheeks with both hands, tilting her face up.

Whoa, she thought, when she finally deciphered the complicated look on his face. He was attracted to her. Shy, overweight, messed-up Eva. How was this possible? As she tried to understand this miracle, he moved in and lightly touched his lips to hers.

Eva held her breath for a split-second, then her hands drifted up to his biceps and she held on for dear life. He deepened the kiss, tongue sliding inside her mouth. Eva shuddered. He tasted like mint. He felt like danger. He gathered her close and kissed her harder, teeth nicking the outside of her lips. Eva didn’t care. When he finally lifted his head, she thought maybe she was dreaming, but the taste of blood in her mouth told her otherwise.

Here are some other Mid Week Teasers for you!