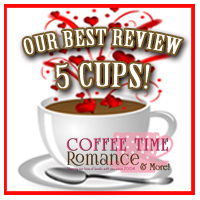 “Lone Wolf is another high speed read from the incomparable Erin M. Leaf. I absolutely loved the fourth book in the Bad Oak Boys Series. Shane and Tim are hotter than hot and the love scenes in this book are positively combustible. The imagination of this author just has no problem going “out there” and I for one love it!” 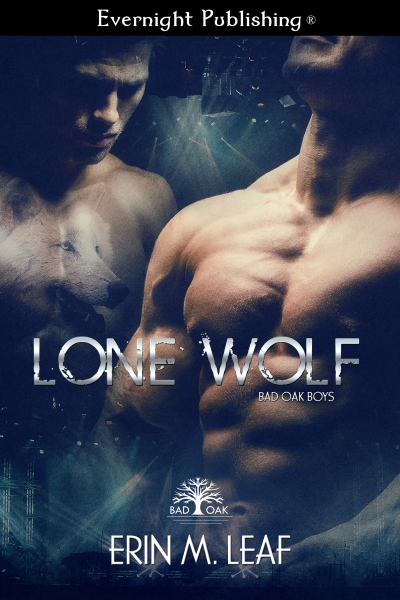 Shane River is the last of the Bad Oak boys to feel the pull of his animal trying to get out. Problem is, once he shifts, the wolf wants nothing more than to run far away… alone. He’s an Alpha Lone Wolf, and that means he doesn’t need a pack.

Tim Cooper thought his father was human. He wasn’t. He thought his werewolf mother could survive anything. She didn’t. He thought he’d never be able to shift, but he thought wrong, and the truth is more disturbing than anything he could’ve imagined.

When Shane finds Tim’s mother dying in the desert, he vows to track down the vicious wolf-coyote hybrids responsible for the attack. He doesn’t expect her son Tim: a hybrid who has no idea what he is. He doesn’t expect Tim’s animal to call to his wolf. And he certainly doesn’t expect to mate with a creature ravaged by grief, but when instinct howls, the wolf must obey.

What are people saying about Lone Wolf?

“I love this entire series and found this to be one of the best of the bunch. I thought there was a lot of emotional depth in this story and some tough considerations to be made concerning nature and nurture and vigilantism versus justice.”

“Shane and Tim are a couple worth rooting for.  They are both stubborn and powerful, and their road to a happily ever after isn’t smooth at all.”

“This is probably the most exciting and emotionally draining match-up in the whole series, and that’s saying a lot. But Shane and Tim are loners, they’re aggressive, they both like a little pain, and they’re falling in love.”

“I’ve enjoyed reading all four books in the Bad Oak Boys series because they’re not your run of the mill paranormal/werewolf m/m romance story’s.  . . . I have no hesitations in recommending this book and series!”