Stronghold is the last defense against humanity’s ancient enemy…

I’m busy putting the finishing touches on DAY, the final book of the Stronghold series. Here is the blurb–>

Bruno Day knows the moment he sets eyes on Amy that he won’t be able to stay away from her, but he doesn’t want to drag her into his dangerous life—his duty is to save humanity. She may help them survive if he makes her his mate, but what if the price is her death?

Amy Roderick never expects Bruno Day to show up at her house and ask for her help. She’s just an ordinary person, and he’s the larger-than-life leader of the Sentries. What could she possibly do to help? And why are her instincts telling her they’re meant for each other?

Power and determination have kept them safe for years, but now Bruno and his brothers must face the ultimate battle: an alien swarm that could devour the entire planet. Everything depends on the decision of one young woman: will Amy follow her heart or sacrifice her life for duty? 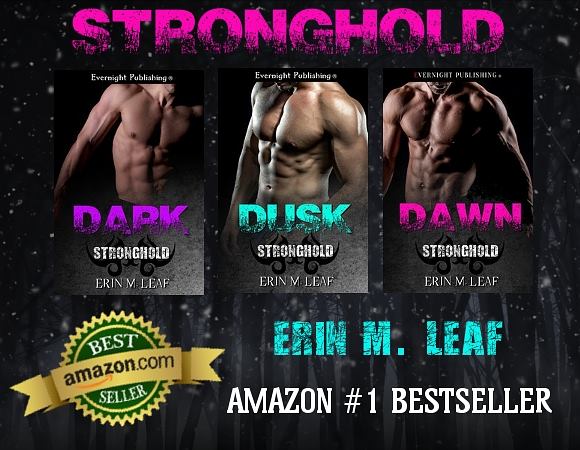 The Sentries are territorial, guarded, and relentless in their duty to defend humanity from a secret, deadly menace. In order to remain vigilant, these semi-immortal men must remain aloof and solitary. No one, not even their true mate, will distract them from their mission to protect Earth from annihilation…