Better Together, review, The Billionaire's Bodyguard, The Blizzard

“I loved the chemistry between these two and found the continual “screw you” they gave to the outside world to be amusing. … If you’re in the mood for something light, a little funny and a lot sexy – give this a try!” 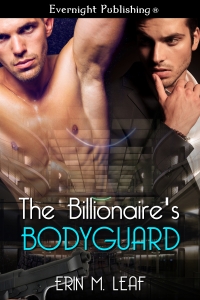 It’s Christmas Eve and billionaire Alex Roman screwed up. He promised his boyfriend, Jesse, that he’d be home for the holidays, but he went to a last minute meeting in the city and got trapped in a snowstorm. Now he must face a fate worse than death: spending the night in a strange motel. Alone.

Jesse Emerson thought he could trust his boyfriend to stay home when it’s snowing outside. After all, his father and Alex’s grandfather died in a blizzard, and since that fateful day, neither of them enjoys winter weather. Instead, Alex is nowhere to be found. Jesse has no choice but to head out into the storm to find his wayward lover.

When darkness falls and ice blankets the roads, will the magic of Christmas Eve somehow bring Jesse and Alex back together, or will both men perish in the cold, lost and alone?

Alex Roman controls a business empire, but he can’t control his personal life. Just when he thought he and his boyfriend, Jesse, could settle down and enjoy their life together, their past comes back to haunt them once again. They never discovered who killed Alex’s grandfather and Jesse’s father, and neither man would’ve wanted to know the truth if it meant tearing them apart, but that’s what happens.

When a crazy gunman targets Jesse for the sins of his father, he reluctantly decides he must leave the love of his life in order to keep him safe. Little does he know that his decision to protect Alex may ultimately be his undoing. Alex tracks him down and the gunman follows. A deadly confrontation leaves one man down, and their relationship fractured.

Will their love survive the ultimate test?