5 stars for The Flight! 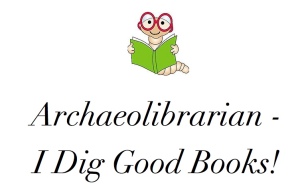 “I loved this book! It’s a novella, and I really wish it wasn’t! I could have sat down with this one and read happily for much longer. Instead, I got all the good bits in one easy read, including a perfect HEA for our guys. There is plenty going on, but the pacing is smooth. With good supporting characters, a great storyline, and a couple of smoking hot MCs, this is a story I highly recommend.” 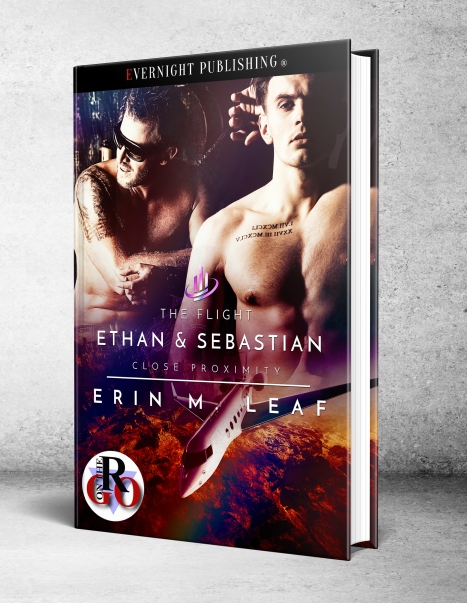 Flirting at thirty thousand feet with a charming rock star is a terrible idea, especially since Sebastian can’t afford to lose his job as a flight attendant. Ethan Clementine may be hot and oh-so-talented, but Sebastian has no desire to join the mile high club, or so he tells himself. The truth is that he misses playing music, and he would love to fall in love with the right guy, but everyone knows Ethan is into women.

Ethan is tired of traveling, tired of fame, and he’s especially tired of pretending he’s straight. He’s been in the closet for so long, it seems pointless to come out as bi, especially with his career in the balance. So what does he do when he meets sexy flight attendant Sebastian? He sings the man into the sack, because one hookup doesn’t mean he’s going to fall in love, right?

The moment Ethan’s fingers touched his shoulder, Sebastian wrapped his fingers around the musician’s wrist and drew him closer. He had no idea if the man was into guys, but he didn’t particularly care at this point. He’d given the rock star an out, and Ethan hadn’t pulled away. “I know we’ve just met—” he murmured, but Ethan slid his hand up and put a finger on his lips. Sebastian shuddered. He’d been in a constantly shifting state of embarrassment, nervousness, and arousal from the moment Ethan had stepped onto the plane, and this sure as hell wasn’t helping restore his equanimity.

“I told myself I wasn’t going to do this anymore,” Ethan said cryptically, and then he leaned in.

“Do what?” Sebastian tried to ask, but Ethan’s mouth met his and all hell broke loose in his body. He groaned, arms going for Ethan’s hair, but the musician knocked his hands away and climbed up onto his lap. Sebastian froze, then swallowed hard when his cock pressed up into the juncture of Ethan’s legs.

Sebastian gripped Ethan’s ass through the soft jeans, mind whirling. Ethan tasted like insanity and heat, and he couldn’t get enough. When Ethan finally lifted his head, Sebastian gasped, barely able to catch his breath. His cock was so fucking hard he was afraid he would go off in his pants. His lips stung. “You’re into guys?” he asked, and then he bit his lower lip in frustration. What a stupid question. The man was on his lap, for God’s sake. Ethan Duke Clementine just kissed me, he thought inanely, and then he wondered if he was dreaming, but the weight of the man on his legs felt all too real.

Ethan laughed. “Yeah. I’m into guys. I’m bi, not that I advertise it. I don’t need the hassle.” He rolled his hips, pushing his erection into Sebastian’s abdomen. “I’m assuming you’re into guys, too, or you would’ve dumped me on my ass, right?”

“Uh,” Sebastian said, not really able to think clearly. Dump the hottest man I’ve ever seen onto the floor? Yeah, no. Ethan rolled his hips again. “Oh my God,” Sebastian said, gritting his teeth. He would not come in his pants like a damned teenager. “Fuck.” He banged his head against the soft cushions of the seat even as his hands kneaded Ethan’s ass. He wanted to suck Ethan off. He wanted to fuck him. He wanted all sorts of things he hadn’t thought about wanting in far too long.

Sebastian laughed, then moaned when Ethan leaned in closer. “I feel like I’m dreaming,” Sebastian said.

“Don’t think so hard,” Ethan replied, kissing him again and again, until Sebastian stopped trying to figure out why Duke Clementine chose him, of all people, to do this with. There had been literally no hint of Ethan being bisexual anywhere in the media, so for him to do this now, and with Sebastian,shocked the hell out of him.

“You know I won’t tell anyone,” Sebastian gasped out.

Ethan stilled. “I know,” he said, and then he started to unbutton his shirt.

Sebastian stared as the man’s lean torso slowly came into view. Ethan had a collection of tattoos scattered across his body, and though nothing Sebastian saw was new to him—the musician had done a number of interviews with photos of his body spread in glossy high definition across numerous platforms—there was something entirely shocking about being able to touch instead of just look. “Seeing you in a magazine is nothing like being here in real life,” he murmured, reaching up to trace a finger across warm skin.

“This is real life, Sebastian,” Ethan said, voice warm and husky. He sucked in a breath when Sebastian’s fingers trailed down the middle of his chest to the waistband of his jeans and back up again.

“I want to suck you off,” Sebastian said, trying to make himself move, but his fingers were too busy learning every last inch of ink on Ethan’s skin.

“What a good idea,” Ethan said, standing up, but instead of undoing his jeans, he went to his knees.

“What are you doing?” Sebastian asked, sitting up. He tried to drag Ethan back to his feet, but the rock star put his hands on Sebastian’s pants and undid the zipper. He slid his fingers inside. Sebastian gasped when those fingers brushed against his cock.

“This is the ugliest uniform I’ve ever seen,” Ethan said, fingers drawing down Sebastian’s underwear. He licked his lips as Sebastian’s erection sprang out.

“No, I can’t do this while you’re wearing that hideous sweater,” Ethan said unexpectedly, reaching for Sebastian’s top. He tugged on it. “Take it off.”

Sebastian nearly tore it in his hurry to get it off his body. “This is crazy.”

Ethan undid the buttons of Sebastian’s shirt, and then he reached down and gripped his cock in a firm, warm hand. “Yeah, it’s crazy, but I’m not sure I care.” He leaned in and sucked Sebastian’s erection into his mouth.

Sebastian jammed the heel of his hand against his mouth, hips jerking. He didn’t want to thrust. He didn’t want to do anything that would hurt Ethan. Shit, maybe this isn’t a good idea. What if I push into his throat? He needs to be able to sing. He said he’s paranoid about his vocal cords. He reached down and pulled Ethan up.

“What?” Ethan licked down the side of Sebastian’s erection.

“I don’t want to hurt you. You need to sing tomorrow,” Sebastian said, barely able to put the words together.

“Giving head is not going to wreck my vocal cords,” Ethan said, sounding amused. “But there are other things we can do, if you prefer.” He stood up.

Sebastian stared as Ethan stripped off the rest of his clothes. He looked strong and sure of himself, and Sebastian’s mind flashed on one of the interviews he remembered reading. They’d been talking to some of the fans at one of Ethan’s concerts, and a girl they’d interviewed had said that Duke Clementine was pure sex when he was on stage. If Ethan is pure sex on stage, off stage he’s lethal, Sebastian thought, digging his fingers into the cushions. He couldn’t believe he was actually doing this. “You realize this is insane.”

Ethan leaned over and carefully moved his guitar to the seat behind him, brushing his fingers over the strings as he let go. The sound of a chord lingered in the air, quietly tantalizing. “Maybe it is,” he murmured, and then he straightened up. His blue eyes had darkened with arousal. Sebastian couldn’t look away. Ethan’s cock was thick and hard, and Sebastian wanted it inside him in the worst way. He swallowed thickly as Ethan went to his knees. His hands went to Sebastian’s pants and wrestled them off. “Take off your shirt,” he said.

Sebastian obeyed, half crazed with lust. “I’m going to get fired for this.”

Ethan shook his head. “No one will know.” He climbed back onto the sofa, legs going on either side of Sebastian’s hips. “No one ever has to know.”