His Beast Returns is coming May 3!!!

The release date for His Beast Returns is May 3! To celebrate, scroll down for a first chapter teaser! 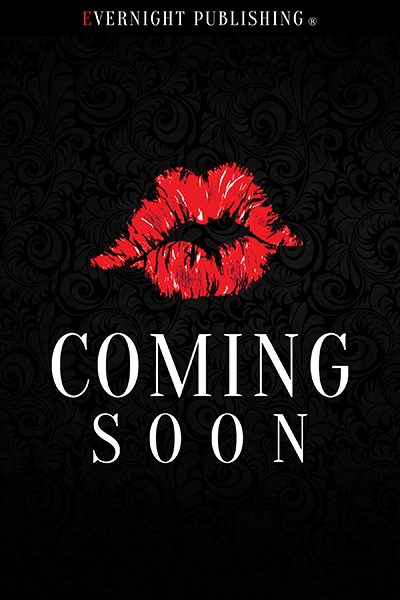 Tristan Marik fell in love when he was too young to understand that he wasn’t allowed happiness, particularly not with another boy. As the son of Edmond Marik, ruthless owner of Monolith Enterprises, he had an image to maintain. After his father threatened his boyfriend’s life, Tristan spent years pretending he’d never sworn a blood oath. But now, everything has changed.

Russell Kelvin dreamed of the day he’d return to Tristan because he thought it would happen on his terms. He thought they’d be free to love. Instead, his ability to call his beast is the only thing that can keep Tristan alive when enemies want him dead.

Fear keeps Tristan from fully trusting Russell’s intentions. Instinct keeps Russell by Tristan’s side, even in the face of doubt. But oaths made in blood never fade, and the drive of the beast is stronger than either of them realize.

Russell Kelvin looked up at the building, one of the taller glass monoliths in midtown Manhattan, and gritted his teeth. The owner of the building had named it and his company aptly, for he couldn’t imagine a more forbidding tower of glass and steel. Monolith Enterprises owned the place, and Russell was here to step inside and back into the world of civilization after too long away. He hadn’t set foot in the States in ten years, and he hadn’t set eyes on Tristan Marik in even longer. His skin prickled with energy, and he swore he could taste electricity on the damned air, no matter how unlikely a scenario that was. He licked his lips, imagining Tristan’s cool green gaze. Everything else would be different about the man, but not the eyes. Never the eyes.

“You can do this,” he muttered to himself, like a madman. Only a crazy man would talk to himself in the middle of New York, but perhaps he wasmad, despite how wretchedly sober he felt. People walked around him as if he were also part monolith, and it was true he was taller than average, but it was also true that in the city, people had places to be and he was simply an immovable object in the way of everyone at this time of the morning. He thought maybe he should’ve shown up later that day, perhaps just before five, and then his sudden appearance would’ve been unremarkable, except, well, he wanted to be remarkable. Tristan needed him to be remarkable. That was the whole point of this homecoming, after all. He ran a hand through his dark hair, knowing that no matter how carefully he styled it, people would be looking at the rest of his body long before they noticed his face. He hadn’t bothered with a suit. It seemed pointless. He’d put on jeans and his boots and a black shirt, and if all of it showed his muscles just a little bit too well, so be it.

“You knew this was coming. You’ve known this was coming for over ten years now,” he murmured, exhaling almost before he began moving forward. He pushed open the glass doors. The moment he stepped inside the cool, hushed foyer, the people behind the reception desk looked up, polite smiles fading as they took him in. He wasn’t anything close to civilized, and this gleaming building wasn’t anything close to the wild lands where he’d been living. His mother would say that he was a beast set loose in a china shop, and she wouldn’t be too wrong. It was a pity she’d been dead since he was a child. She would’ve enjoyed this kind of homecoming. He would’ve enjoyed her enjoyment.

“Can I help you?” one of the women behind the gleaming desk stuttered, eyes riveted to his chest. A faint blush rose onto her cheekbones. The other woman’s dark skin hid any blush, but he felt her attention on him just the same.

Blonde. Grey eyes. Marlie, his brain supplied as he met the first woman’s gaze. He knew all the key employees here, even though they didn’t know him. “No, thanks. I’m good,” he said in a clipped voice, nerves getting the better of him. He could pretend to be civilized, but it would never feel comfortable. He glanced at the others. The woman on the far end didn’t even try to hide her curiosity. The man in the middle frowned faintly, sensing competition where there was none. Russell had no interest in the women, or even the man. “I know the way,” he said more gently, taking in the vaulted ceilings and columns.

Tristan’s father had built this place, but Tristan had his hands all over the design. And thatmeant Russell knew everything there was to know about the building, all of its secrets and deficiencies, not that anyone except Tristan had a clue about that. It was a pity the building was the only thing Tristan had control over for the past decade. Russell wouldn’t have had to stay away for so long if that hadn’t been the case. And now you’ve descended into self-pity, he thought, angry with himself. Just what Tristan doesn’t need.

Marlie stared at him, but he simply smiled as he strode past the large desk to the bank of elevators. “Wait! You can’t go up without a security pass,” she said, standing up. The man in the middle of the two women, as blond as Marlie, stood up, too. He looked less confused and more inclined to suspicion.

Hmm. Not completely stupid, then, Russell thought, not that it mattered. The man wouldn’t be a problem for him.

“She’s right,” the man said, holding the desk phone as if it were a weapon. “And you certainly can’t use that elevator. That’s the VIP lift.”

“There’s no need to call security, Jon,” Russell said, nodding at him. He ignored their whispers about his knowledge of their names. They’d find out the details soon enough. He lifted his hand and placed it on the palm scanner of the executive express elevator, the one that went directly up to the top three floors. The elevator Tristan used. The elevator Edmond Marik had used before his death a week ago. A moment later it beeped, and he tapped in the floor of the building he wanted onto the screen. The doors opened.

The woman at the far end paled. “How—”

Russell smiled, but he had too much to deal with right now to take the time to explain anything to her and the others. “It’s okay. I promise,” he told the trio, stepping inside. “I’m expected.”