Thank you so much! I’m truly honored and surprised. This was the only book I released last year due to some seriously exhausting Real Life stuff, and I never expected it to win an award. Thank you so much to all my readers. I appreciate you more than you know. 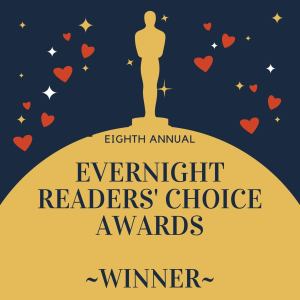 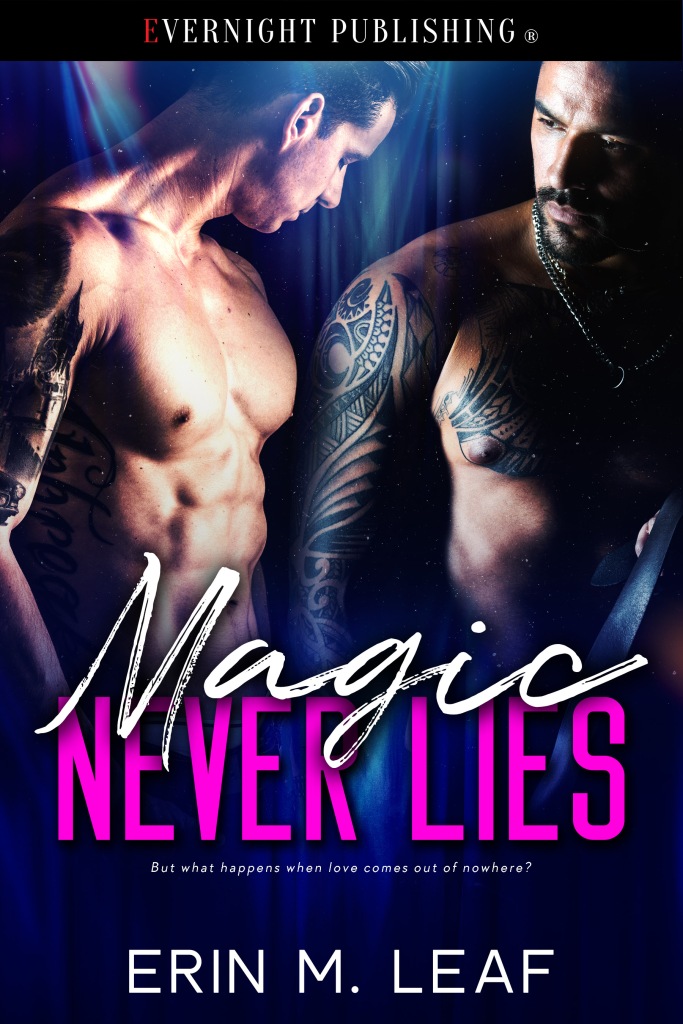 Blake Gerritt has been done with music and fame for years. He’s happy with his anonymous life in an ordinary town in the middle of nowhere. He raised his sister after their parents died, and he’s no longer looking for more. Even the simmering magic in his blood has faded and he’s cool with that—he’s too old for falling in love anyway.

Aaron Wade is young and rich and miserable, even though millions love his songs. He knows he should be happy, especially since his bigoted jerk of a father is finally dead, but he can’t focus anymore. He can’t sleep. A small town in the middle of rural America is just the cure he needs to get back on track with his life, alone. Or so he thinks…

What happens when love comes out of nowhere? Do you let yourself fall or do you refuse the magic that could change everything?

“We hardly know each other. I could be some crazed stalker fan.” Blake leaned down and seized both of Aaron’s wrists, dragging him upright, and Aaron suddenly realized that Blake had at least four inches on him, not to mention quite a bit of body mass. His muscled form pressed all along Aaron’s body, and he shivered, trying to remember that this guy was his mailman. And at least a decade older than him. Neither of those things is bad, his libido whispered in the back of his head. In fact, both of those things are very good, his inner kink whispered, in total agreement with his libido.

“I could be someone dangerous,” Blake said, voice going low. “Someone crazy.”

“But you’re not,” Aaron said, playing with fire as per usual. He’d been famous long enough to recognize the glow of crazy in some fans’ eyes, and Blake’s didn’t have it, although dangerous wasn’t out of the question. He allowed a flirty smile to twist his lips. He liked Blake’s edgy side. He liked it a lot. He wanted more.

Aaron rolled his eyes as heat spread through him. Like hell was he going to say that. Blake was strong and hot and vibrating with energy. “No,” he said before he could even consider saying something more conciliatory. Blake’s nostrils flared, and Aaron had just enough time to think, shit, he’s solid, before the man’s lips were on his.

Aaron gasped, because Blake sure as hell didn’t fuck around. He bit Aaron’s lower lip, hard, then sucked away the burn even as he somehow maneuvered him backwards to the counter. Then, he slid his tongue inside Aaron’s mouth as he boxed him in, arms on either side. Aaron couldn’t move even if he wanted to. And I don’t want to because I love it. He’d never had a guy so self-assured touch him. Everyone always expected him to take the lead, and Blake’s strength was a major turn-on. Aaron groaned under his breath as Blake’s hard-on pressed into his hip. For a man who’d never dated another guy before, Blake certainly wasn’t shy about what he wanted.

“Dangerous enough for you?” Blake asked him, hazel eyes bright with lust and something else. Something Aaron had never seen before. “You like playing with fire?”

“Fuck,” Aaron said aloud, trying not to grind his cock against the hard body pinning him in place. Blake had never been with a dude before, and he really didn’t want to scare him off before anything even happened. Though, he really doesn’t seem scared, does he? Aaron thought as Blake kissed him again, until neither of them could breathe. When he leaned back, Aaron sucked in much-needed air. Blake’s hair was mussed. He looked sexy as hell and not at all unsure about what he was doing. “Jesus,” Aaron croaked, lips tingling. He wanted more.

“I’m not a boy, Aaron,” Blake said as he nipped him again. His voice had gone low and rumbly. “You may be my first guy, but I know what I like.” He leaned in and whispered against the hollow beneath Aaron’s ear. “I like your voice.”

Blake laughed, and the sound of it sent shivers down Aaron’s spine. “You want me to stop?”

“I should be asking you that,” Aaron retorted, hands going to Blake’s hair. He couldn’t resist. It had just enough length for him to sink his fingers in, and he indulged. “God, you have great hair.”

“I heard you cut yours. And that the legions of your fangirls are going to have a collective heart attack when they find out,” Blake said, doing a slow grind against Aaron’s body. He slid his hands up Aaron’s arms until they were at his scalp. Blake massaged the short hair, and Aaron barely resisted the urge to purr as he writhed with delight. “Hmm. I like it short. The fangirls will just have to deal,” Blake said, fingers running along Aaron’s skull.

“They’ll get over it,” Aaron managed. The way Blake moved had a way of derailing his ability to speak.

“I like it like this. There’s just enough left to hold onto.” Blake slid one hand into Aaron’s short locks, and set the other on the small of his back. The heat of his palm felt like a brand. “Tell me if I’m moving too fast, rock star.”

Fast? Is he serious? Aaron didn’t know where the hell Blake had been in the past decade, or what he’d done in his life, but he sure as hell didn’t understand what gay meant. Most guys didn’t ask so many questions. Most guys were happy enough to suck and screw and then go on their way the next morning. “You can fuck me,” Aaron said, fully expecting Blake to say no, because Blake wasn’t ‘most guys.’ Aaron might not know exactly what was happening here, but he knew enough to realize that this thing between them wasn’t ordinary.

Sure enough, Blake froze. “Sex,” he said flatly. His lips pursed, as if he’d taken a bite of a particularly sour fruit.

“Sex, yeah,” Aaron said, pressing his fingers into the back of the older man’s neck. Heat sizzled along his fingertips. Isn’t that why we’re here? he thought, enjoying the way Blake’s erection still pushed into him, even as the guy mentally backed off. “Sure,” He said, wishing ‘no’ wasn’t what he was seeing in Blake’s expression. “Please.” Never hurt to be polite, right? But Blake stepped back anyway, and Aaron groaned aloud, even though he’d expected the retreat. “Seriously? You’re stopping now?”

What are people saying about Magic Never Lies?

“I adored this! Erin Leaf is fast becoming one of my favorite authors! I love her mix of hot smexy times and really fascinating paranormal story lines.”

“A really good story with supernatural hints that I can definitely recommend.”

“Their times between the sheets literally gave an entirely new meaning to the phrase ‘scorching hot’.”