It’s been almost a month since Spirit River released and oh my gosh, I’m so happy with the great reviews! Thank you to all my awesome readers and to my fabulous publisher, Evernight.

“I am partial to paranormal characters and just love this unexpected story in book 5 of the Bad Oaks series by Erin Leaf. … Five stars for such an entertaining book from the beginning to ending chapter.”

“Pick this up if you like 🌶 m/m romances with paranormal vibes (witch/werewolf) as well as rockstars.”

“This is my first time reading Erin M. Leaf, but it certainly won’t be my last.”

“Spirit River is an entertaining read, mixing witches and werewolves; and once I started reading I couldn’t put it down!”

“It’s been awhile since I have read the Bad Oak Boys series and oh my gosh I didn’t know how much I was missed them until I read River and Gregor’s story.”

“I am so glad that the author decided to write a fifth book in the bad oak boys series. I enjoyed the struggles River and Gregor had and dealing with the power of witches and wolf.”

“I binged read the series in preparation for this release, excited to get back in this world and these characters.”

“What a refreshingly different twist on the worlds of shifters, magic and rock stars.” 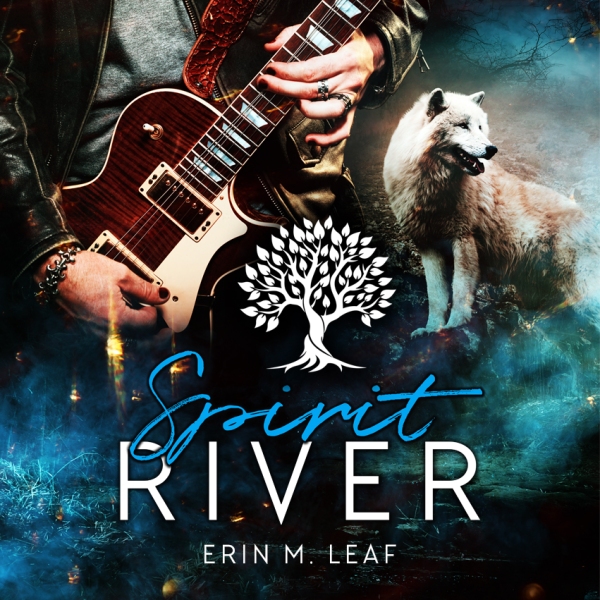 Rock star River has it all: fame, fortune, and forbidden witch power. So what if he’s lonely? He can always crash one of his cousins’ concerts for kicks—the Bad Oak boys are shifters, but River can hold his own when it comes to music. Yet when an explosive encounter with a fan triggers dormant werewolf genes, he must suddenly grapple with a bond he never expected with a wolf who ghosts him right after the music stops.

Werewolf Gregor Eutimo expects nothing but a fun night out when his sister drags him to a River concert, yet the moment he sees the man singing his heart out on stage, something wild clicks. A hot hookup with a rock star isn’t on his menu, but he can’t deny the mating instinct, not even when it means finally accepting his bisexuality. Not even when it means more power and love than he ever expected. 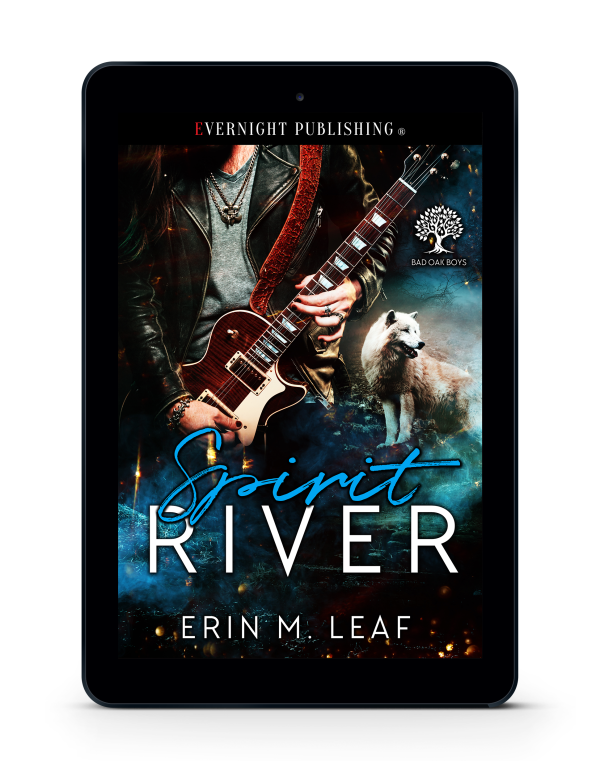 River had no fucking idea what the fuck he thought he was doing, but the guy in the front row had been driving him fucking insane and he had to do something. He couldn’t perform like this. Energy rushed through his body like a wildfire, and he spared a half second to send some down into the Earth, trying to ground himself before he shorted out the entire venue, or worse, set something on fucking fire. Unfortunately, releasing a little power didn’t do much. He still felt like he was going to crack apart. “Hey,” he managed through clenched teeth.

The man stared at him like he was nuts. “What am I doing here?”

River let go of the guy’s shirt. He didn’t reply, because the answer was, I have no fucking clue what I think I’m doing, and wouldn’t that be a great way to start a conversation? No. No, it would not, he told himself, eyeing the guy from head to toe. The man wore unrelenting black, and that just pumped up the volume of River’s desperate arousal even more. Added to that, the guy was fucking built. He was solid, and as tall as he was, he looked about as moveable as a rock. In other words, exactly what River liked most in a man.

Get a grip, River, he told himself, mouth going dry at the warmth pumping off the guy. He looked him up and down again, gaze lingering on the serious package in the man’s pants, wondering why he hadn’t decked River yet for kidnapping. “What’s your name?” he finally managed to ask, swallowing hard when the guy’s hazel eyes met his, piercing through every fucking wall he’d ever tried to build.

“Gregor Eutimo,” the man said, voice so low and rumbly that River’s cock immediately hardened even more. Which I didn’t think was possible.

“Fuck,” River muttered. He slammed the door shut behind them and locked it. “I’ve got twenty minutes.”

“Twenty minutes for what?” Gregor asked, hazel eyes glowing with some sort of power that just revved River up more. “I have no idea what the hell I’m doing here,” the man continued.

River shook his head, frustrated. “Like hell you don’t.” His witchy energy, usually heightened during a concert, was going crazy. He didn’t usually have to shed excess, but tonight was clearly a night for firsts. “I never fucking do this,” he muttered, grabbing the guy by his shirt again. “Never.” He fisted his hands in the soft cloth, then moved in, pushing the guy up against the door so that his knuckles pressed against the man’s solid chest. “Who are you?” Thank fuck the guy didn’t resist, or, God forbid, punch him in the face, which would be a disaster in the middle of a show. River wasn’t a small guy, much to most people’s surprise when they met him, but this dude carried even more muscle than he did.

Gregor dug his fingers into River’s biceps, as if he couldn’t quite believe what was happening. “I told you—” he started to say, but River cut him off.

“Your name isn’t what I want.”

The man’s eyes narrowed, and he dug his fingers in harder, almost tight enough to bruise. River liked it. River liked everything about this man. Gregor felt somehow solid while also feeling as though he were entirely made of energy, deep as a well but as volatile as lightning. River had to struggle with his power because it kept wanting to reach out and sink fingers into the guy. Fucking hell. What is happening? He dragged in a deep breath. “What are you?” River gritted out, thinking that might be the better question.

“I’m a wolf,” Gregor said huskily after a searing look. He licked his lips, gaze dropping to River’s mouth.

Christ on a cracker. River swallowed hard, somehow unsurprised even though he hadn’t expected that answer. Figures. He leaned in, letting the man take his weight. To his delight, Gregor shuddered. When his erection met the man’s hips, he writhed slightly, and the next thing River knew, they were kissing. He moaned at the taste of him—sweet, wild—and then Gregor pulled him closer, hips slotting up against his perfectly. The man’s thick cock was hot enough that River could feel it through both his leather and the man’s jeans.

“Jesus fucking Christ,” River said roughly, coming up for air. He had his hands in the man’s hair and no memory of putting them there. “What the fuck.” It wasn’t a question. It was a statement. The guy answered anyway.

“You’re the one who brought me here.” Gregor rolled his hips, making them both groan. “I’m straight.”

Denial, thy name is Gregor. River shook his head violently, even as his body jerked forward, hard. “I can’t blow my load in these pants. I need to finish the concert.” He closed his eyes and breathed for a moment, as if that would help. Instead, when he inhaled, all he could smell was Gregor’s wild scent, like a forest after a good soaking rain. Fuck.

“This is impossible,” Gregor muttered, and River was about to agree, when suddenly the man slid a hand down and unbuttoned the soft leather of River’s pants. “I don’t do things like this.” He slid his hand inside.

River froze, hanging on for dear life. “You and me both, dude,” he muttered. When Gregor’s fingers cupped his cock, River bit his lip hard enough to cut himself. Gregor growled, and he did not sound human. The coppery taste of blood vibrated in River’s mouth, as if his energy had just been waiting for that one signal to ramp up. Gregor licked inside, obviously chasing the flavor.

“Oh, fucking hell,” River heard himself say, but Gregor was jacking him so slow and perfect he couldn’t figure out what the hell was happening, let alone gather the self-control to stop this. His cock swelled even as his energy sparked out, sinking into Gregor’s solid presence. The wolf felt like a tree and water and the Earth all at once: solid and strong and deep and alive with power. Metaphors slid through his mind, one after the other, like lyrics on a fast forward rush to the bottom of a ravine. River couldn’t stop it. He didn’t want to stop it. 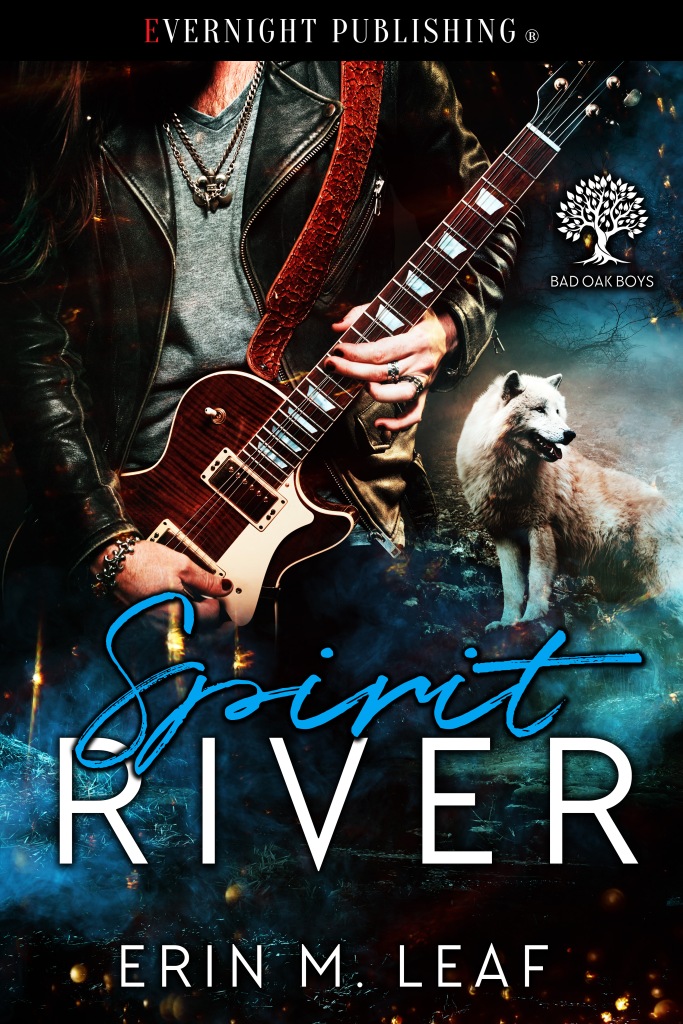 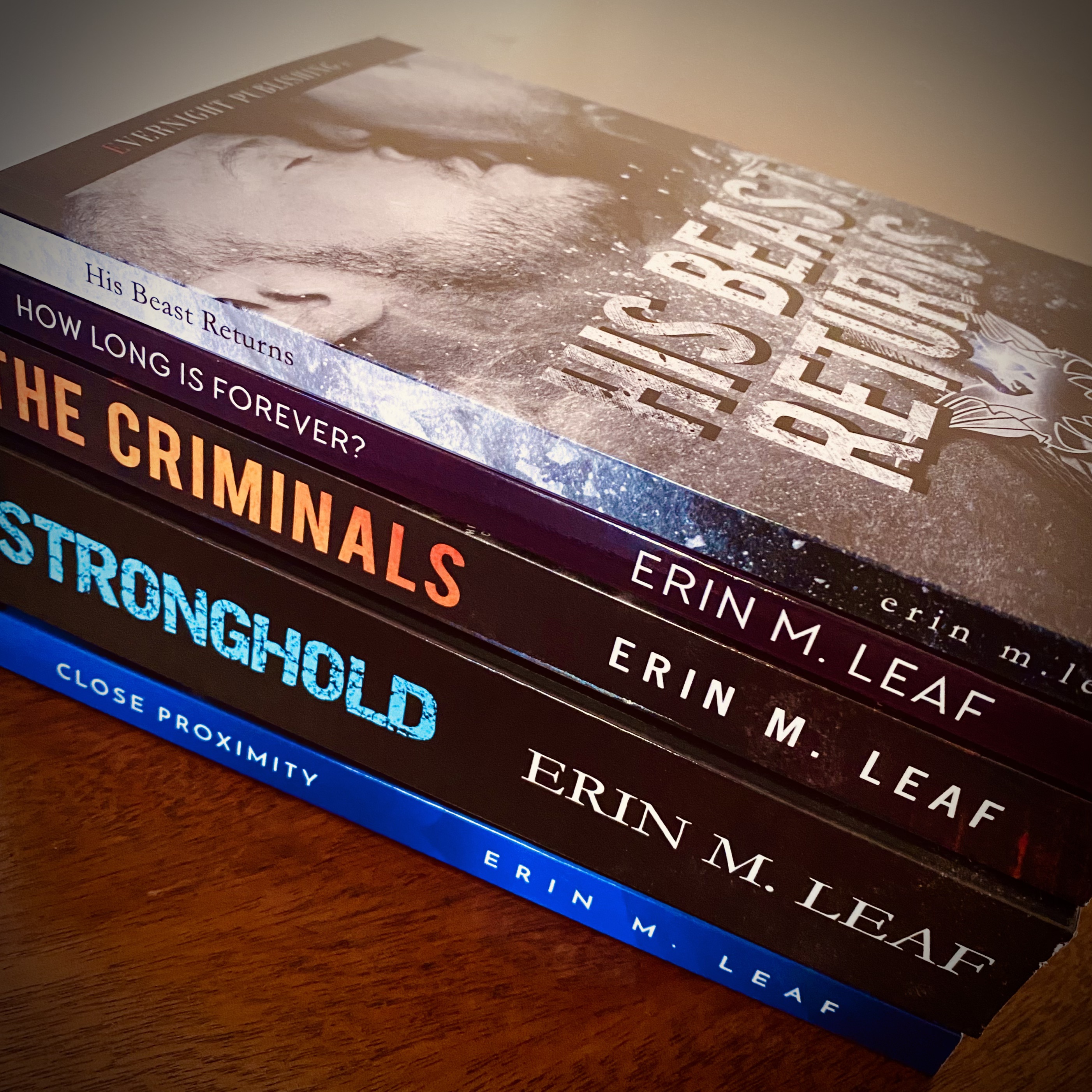